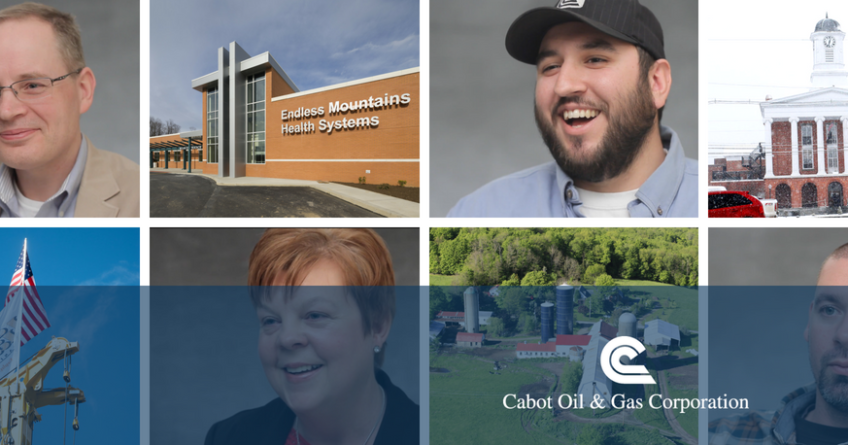 As a life-long resident of Susquehanna County and CEO of Endless Mountains Health Systems (EMHS), Loren Stone has seen primary care and critical access in his community all but disappear. Fortunately, he has seen it come back to a level almost unimaginable a decade ago. The story he tells quietly debunks the assertions of critics who assume that the natural gas industry brings with it the perils of poor health. To the contrary, Stone maintains, Susquehanna County is in a much healthier position now than ever before.

EMHS was formed in Montrose in 1997 as a not-for-profit venture serving a population of nearly 18,000 residents. The organization picked up the pieces of the Montrose Medical Arts Clinic, which was started in the early 1950s. The former for-profit venture of a handful of primary care physicians constructed a hospital that served the community for more than 40 years. By the late 1990s, the facility had become antiquated and had fallen into disrepair. Important procedures such as mammography were conducted in mobile clinics that would pull up into the parking lot. The nearest primary and emergency care facilities in Scranton and Binghamton were an hour drive for most county residents. Stone came on board in 2004 as EMHS envisioned constructing a replacement hospital.

“It’s very rare in today’s environment to build a new hospital, especially in a small community,” he explained. Over the course of four years, a committee assigned to the task worked on a location, design, and budget for the venture. A portion of the funds had been secured via loans, grants, and fundraising efforts, but the amount did not match what was needed for both a hospital and an adjacent physician group and specialty care practice.

Cabot Oil & Gas entered the picture in early 2012 and established the Cabot Capital Campaign, contributing $1 million up front and promising another $1 million match for other corporate donations. By August, it was announced that the campaign had exceeded the goal by raising $4.4 million in four months from natural gas industry partners, other regional businesses and foundations and members of
the Susquehanna County community.

According to Stone, this allowed for the construction of phases I and II of the project. “We were thrilled at how generous many of the players involved were,” Stone remarked. The Harry and Jeanette Weinberg Foundation, for example, also stepped up with a million dollar donation.
The success of the campaign attracted the attention of the USDA, which extended a $25 million loan to EMHS. The state chipped in another $4 million, bringing EMHS ever closer to the full $35 million needed to complete both phases. When completed in 2014, the new state-of-the-art facility generated interest among specialty care providers, such as neurosurgeons and others who would not have joined
EMHS at their previous facility.

“The biggest thing for our patient population is that they don’t have to travel to Scranton and Wilkes- Barre or beyond for that initial consultation,” said Stone. “That is very important for people who have issues with transportation and an aging population who does not like to travel.” The hospital’s new location east of Montrose also allowed the space for new labs that provide mammography services and MRIs. Emergency room visits alone, Stone noted, doubled from 2013 to 2014.

“We have certainly brought some new technology to our facility, which improves the health of the population,” Stone said.

Stone is quite candid when it comes to crediting the gas companies and their industry partners for making modern medicine and physician services accessible to a largely rural community. But he has also seen how the overall economic landscape has improved, literally affording residents better lifestyles.

“Through employment or other facets of being involved with the natural gas industry in our community, there is a lot more disposable income,” Stone said in reference to job growth and lease and royalty payments brought by the gas industry. “Patients are able to access healthcare more readily than they may have been when they were struggling to keep an old farm going.”

Stone addresses rumors from critics that the natural gas industry has somehow diminished the health landscape with increases in asthma, birth defects and cancer rates from his uniquely professional position as the CEO. “In the time frame that natural gas companies have been operating in our region, we have not seen any significant patterns of activity nor any specific disease conditions that are more prevalent now than they were ten years ago,” Stone maintains. “Most of the diseases are chronic and more a result of lifestyle and behavior issues, and that’s not related to the natural gas industry.”

Likewise, there have been no noticeable increases in work-related injuries, despite the scope and scale of the workforce, he remarked. “Since 2008, when Cabot first entered the community, we’ve seen no more specific cause of injuries or workplace accidents than we would have seen in the stone quarries, timber industry or on dairy farms.”

Residents have embraced the new facility, which keeps them closer to home. “The patients are aware of Cabot’s involvement with the hospital and that they funded a significant portion of it,” said Stone. “They’ve seen the positive impacts that Cabot has brought to our community.”

The third phase of the EMHS project has yet to be realized. The designs have been completed for the $8 million addition, which will include out-patient physical therapy, additional provider and administrative office space, and other direct patient services. Stone sees a trickle-down effect from a stronger workforce, royalty payments and leaseholder revenue that is evident at their fundraising events. He is hopeful that the continued success of natural gas industry and other businesses that have flourished in its wake will generate the financial support they need to continue to enhance the health of the community.