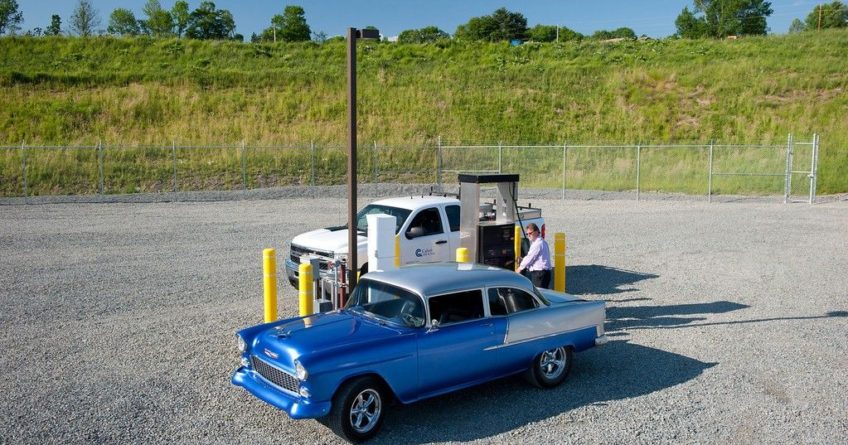 While you may generally know what natural gas is, you may not know how it is produced, how it is used, or how it is transported unless you are an expert working in the industry.

Natural gas is extremely important to our everyday lives because it provides a clean and efficient alternative resource to the traditional means that power our nation. Natural gas can be used in two different forms – CNG and LNG.

What is CNG? CNG, or Compressed Natural Gas, is a clear, odorless and non-corrosive form of natural gas that is created using high amounts of pressure and comprised primarily of methane. The substance is pressurized at 3,600 pounds per square inch to become less than 1% of its original volume.  Once the compressed gas is combined with air and ignited, the energy needed for fuel is created.

What is CNG used for? CNG, in its gaseous state, is primarily used as a source of fuel. Although CNG is mainly used to fuel trucks and busses, there are some cars that are powered by it, as well.

What are the benefits of CNG? The benefits of using CNG as fuel far outweighs those of using traditional gasoline. CNG is significantly cheaper than gasoline. In fact, it is about a third of the price to fill up the average tank. This could partially be due to its abundance within the U.S., making us less dependent on foreign fuel sources. Using CNG is better for your engine and the environment. Because CNG is a cleaner burning fuel, the vehicle engine requires less maintenance for a more efficient engine. While burning, the CNG also gives off fewer emissions, which leaves the air less polluted than gasoline would.

What is LNG? Liquified Natural Gas, commonly referred to as LNG, is essentially just natural gas in a liquid state. The gas is cooled to an extreme temperature to become a clear and non-toxic liquid.  To convert the substance to LNG, materials that can freeze, such as water, carbon dioxide, and heavier hydrocarbons are removed so that it can be cooled to –260 degrees Fahrenheit into a liquid.  In this form, LNG becomes about 600 times smaller than its original volume, which makes it ideal for transporting and storing.

What is LNG used for? Since LNG is primarily used for transportation purposes, it can be easily exported internationally. For example, Cabot produces natural gas in Susquehanna County, Pennsylvania and then converts it to LNG. Once in the liquid state, we ship it to Japan, which is one of our company’s biggest consumers of the Susquehanna natural gas.  The ships are equipped with carriers that are specifically designed for LNG transport. Although there are different sizes of carriers, they all maintain the appropriate pressure and temperature needed to keep the LNG viable on its way overseas.  When it is ready to be used from storage, it can be used for fuel or returned to its gaseous state for residential and industrial purposes.

What are the benefits of LNG? Liquid natural gas is a more cost-effective and clean burning fuel source than other alternatives, such as coal or oil. Its abundance in the U.S. also ensures that energy needs can be met, locally and across the globe.  Since LNG is a liquid, it is not flammable or explosive in this state, which makes it significantly safer than some other resources.