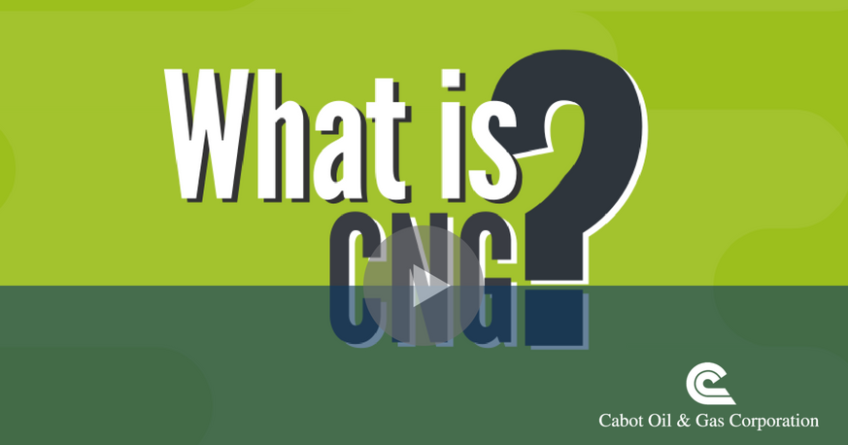 Compressed natural gas, or CNG, is natural gas that has been compressed to 1 percent of its original size. After removing impurities like water and natural gas liquids, natural gas is considered dry. This means it’s primarily made of methane, which is necessary for the compression process.

The most common method for compressing natural gas is a diaphragm compressor, which uses a series of chambers to constrict the volume of the natural gas. Natural gas travels through a number of containers that increase pressure and decrease volume until the gas has reached the necessary pressure. CNG is stored and transported under pressure.

Compressed natural gas is known as a great fuel choice for vehicles for its economic and environmental benefits.

America’s abundant supply and strong production of natural gas offer price stability and affordability for CNG. And because CNG is made primarily of methane, its main byproducts are carbon dioxide and water vapor. It does not produce pollutants like nitrogen and sulfur dioxide, and natural gas carbon emissions are relatively low compared to other fossils fuels. Simply put, CNG is a win-win – for both wallets and te environment. 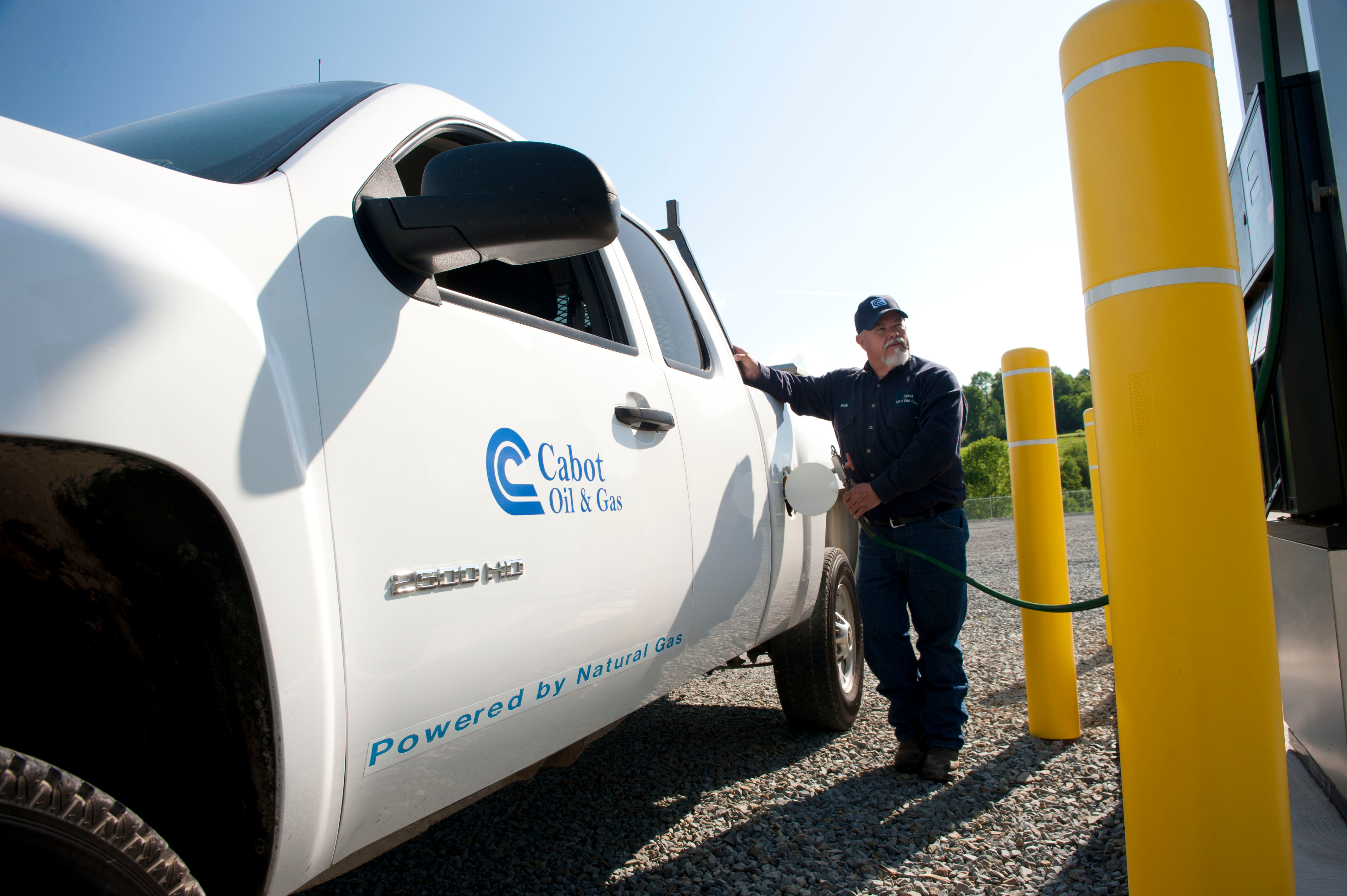 CNG maximizes cost efficiency for vehicles because it leaves less residue than other fuels. This reduces damage to engines and contamination to motor oil as well as maintenance costs. CNG can save a consumer almost 50 percent over traditional petroleum products: you can even calculate potential savings from converting a fleet to CNG.

Safety is also a major factor. CNG has very limited flammability and is lighter than air. In event of a vehicle accident, CNG safely dissipates into the air rather than creating a fire hazard by pooling on the ground.

Cabot has a host of CNG investments. Because of the quality of dry gas that Cabot can produce, up to 97% methane, it has lots of potential as fuel. In 2013, Cabot opened a CNG fueling station in Susquehanna County and began operating bi-fuel vehicles that can switch between gasoline and CNG with the flip of a switch. Cabot also operates drilling and hydraulic fracturing equipment using CNG. All of these measures decrease production costs and help reduce greenhouse gas emissions.

CNG in the News

In early 2016, PennDOT announced its partnership with Trillium CNG to design, build, finance, operate, and maintain compressed natural gas (CNG) fueling stations across Pennsylvania. These new CNG stations will supply gas to more than 1,600 public-transit buses at the 29 sites. Click here to see the map and the implementation timeline.

On January 22, 2019 the Wolf Administration announced the formal opening of service at the facility at 200 Willow Street, Lebanon. Under the program, Lebanon Transit will convert eight buses to CNG. The authority estimates saving roughly $50,000 annually based on current diesel costs and their diesel usage of roughly 35,000 gallons per year.

Rabbittransit launched a CNG fueling station in Gettysburg, PA in October.  According to officials, the new station will meet the needs of the transits growing CNG fleet of buses.

In October, new public-private CNG fueling station opened its doors in Indiana County, Pa. It will primarily serve IndiGO’s fleet of CNG buses, but it’s also open to the public, including for light-, medium- and heavy-duty trucks.

To date, stations have also opened at:

In other news, in November, the Pennsylvania Department of Environmental Protection (DEP) awarded more than $2.6 million in grant funding to municipalities and businesses statewide for 16 clean energy vehicle projects. As discussed on Natural Gas Now, the program involves buying or converting 99 CNG vehicles, upgrading a CNG station, buying or converting another 33 propane vehicles (propane being a natural gas derivative) and four electric vehicles that will run on electricity mostly made from natural gas. According to the press release, the projects are expected to reduce emissions by more than 2,800 tons and save more than one million gasoline gallon equivalents annually.

As you can see, CNG is working hard throughout Pennsylvania to put dry natural gas to further use, all while reducing costs, improving safety, and helping the environment.