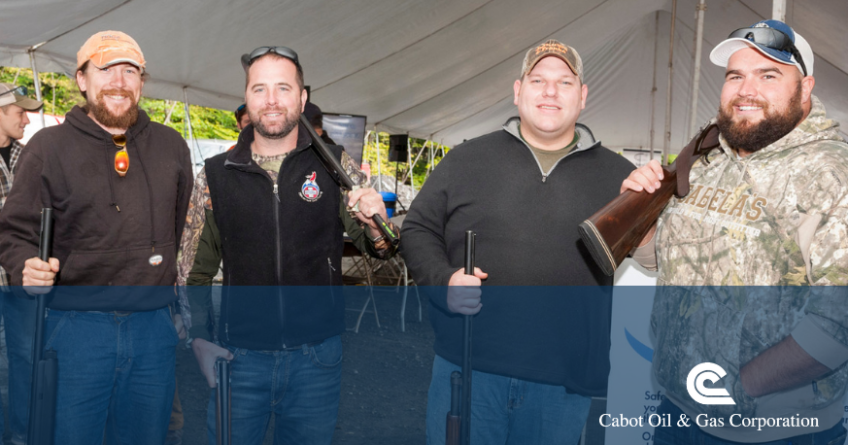 After five years of growth under Cabot Oil & Gas, the annual Sporting Clay Tournament benefiting the Lackawanna College School of Petroleum & Natural Gas was enjoyed once again by hundreds of sportsmen and women and corporate sponsors on Sept. 27. The new twist this year is that the friendly competition was managed by the college, its staff, and its students. Not only does the event provide funding for equipment, scholarships, and programs, it affords students and potential employers an opportunity to meet face-to-face under recreational circumstances.

“We tried a golf tournament, but it just didn’t click,” said college president Mark Volk, who was relishing his job this year as greeter. “It’s a great way to meet everybody.”
The event at Haussman’s Hidden Hollow sporting club near Friendsville in Susquehanna County drew competitors from a wide area vying for trophies, bragging rights, a catered lunch, chances to win donated prizes and an opportunity to support a school that is providing more of them each year with qualified employees.

In previous years, as many as 400 shooters utilizing four separate ranges featuring 10 stations each took part in the clay shoot. Once Cabot had fulfilled its endowment agreement to Lackawanna College, the natural gas company handed the reins of the popular fundraiser over to the school, suggesting that it be downsized for the first few years until the new organizers were familiar with the process. Cabot, Southwestern Energy, and Williams continue to be the primary benefactors of the event, but many other companies, like Kenworth of PA, sponsored elements of the competition, such as the individual shooting stations.

Judging by the smooth transition of teams from one station to another, the shuttling by students of participants from the offsite parking lot to the competition area, the smiles on the faces of contestants, and the well-orchestrated awards ceremony that followed lunch, one can only guess that the tournament will be expanding again by next year.

“We believe in supporting young people to help them get family-sustaining jobs,” Kenworth general manager Fred Pope said of his company’s involvement. Kenworth employees have also competed since the inception of the clay shoot, though Pope was sidelined this year with a shoulder injury. “It’s a lot more fun when you’re shooting.”

“One of the best indicators of the success of the school and the event is the number of our graduates who are back here shooting as representatives of their companies,” School of Natural Gas program director Jeannine McKnight offered. The success of the investment by those companies, she added, is realized by the pool of students who they now hired directly or taken on as interns.

Ryan Stalker, liaison project manager at Williams, noted that he worked for Lackawanna College prior to the development of the natural gas program. The relationship between school and industry works both ways, he explains. “They are producing a competent work force, and Williams has been able to influence the program,” Stalker stated. “We continue to build on that partnership.” Williams has hired
approximately 30 students from the school.

Julie Lewis, shooting that day for one of the Leatherstocking teams, is a graduate of the natural gas program whose double major in measurement and business has already resulted in a solid job with the company and potential for rapid advancement. “If you told me four years ago when I started at the school that I’d be in this position, I’d say you were crazy,” Lewis remarked. Formerly a student teacher, Lewis as also been invited back by the school to teach ethics leadership and regulations.

Lewis in turn inspired Jason Goss, whom she met as an entry-level employee of Leatherstocking. Lewis encouraged him to enroll at the school, which he feels has already furthered his career with the company. “It has opened up doors with them,” said Goss. For current students like Thomas Gudykunst of New Milford, who arrived early to set up the courses, drove shuttles, then broke down and cleaned up after enjoying some shooting time on the range, volunteering at the event meant meeting and talking with the people with whom he might eventually be working. He has yet to secure an internship and was hoping to discover some leads.

“It’s a great opportunity if they choose to take advantage of it,” Cabot coordinator of external affairs Bill desRosiers said of the students interfacing with clay shoot participants, most of them employees, executives and customers of gas industry partners. “We were thrilled with the support and participation that we had again for this year’s event,” Brian Costanzo, vice president for college advancement remarked. “Our hope is to continue hosting the event for the foreseeable future.” Approximately $91,000 was raised through the clay shoot tournament, and participants are already looking forward to next year’s tournament, which will be held on Thursday, Sept. 26, 2019. 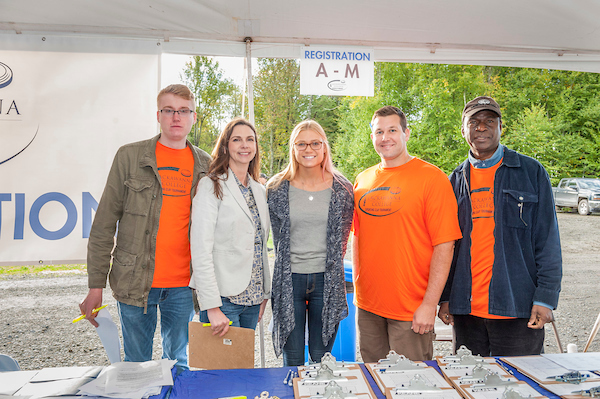 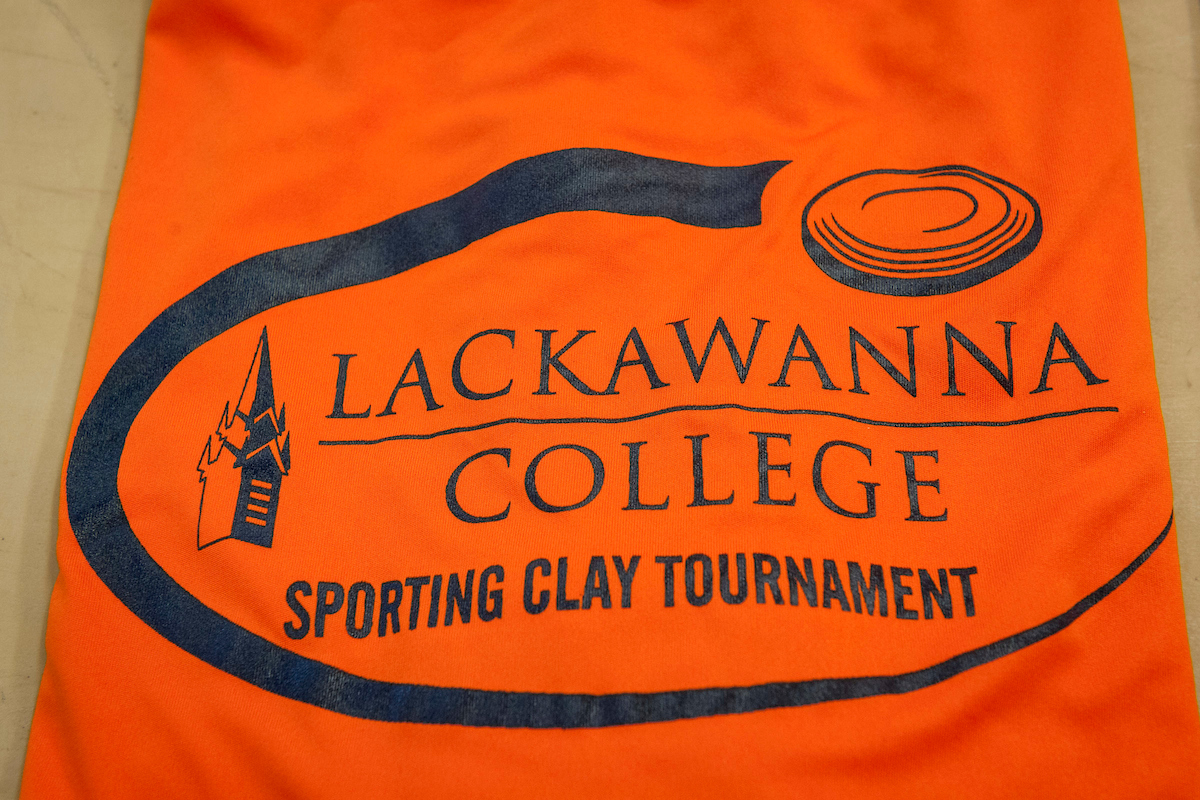 What is the MOLU?
Looking Back, Moving Forward: First Responders