Did you know that natural gas is clean burning? This is good news for the atmosphere: replacing traditional dirtier energy sources with natural gas can reduce harmful emissions and lessen the nation’s carbon footprint.

In addition to producing it, Cabot uses natural gas to fuel our operations, too. Cabot is committed to being a good steward of all of our natural resources, including protecting the air quality surrounding our operations. Ensuring that natural gas does not escape into the surrounding air is not only a requirement of the many laws and regulations at both the state and federal levels, but a sound business practice, as it maximizes the volume of gas available for sale to our customers.

Learn more from the video below:

Global carbon emissions have nearly leveled off while the global economy has grown, and natural gas has played a large role in that trend.

The U.S. Energy Information Association (EIA) reported that the U.S. has reduced energy-related carbon emissions 14 percent since 2005, saying “The underlying energy consumption trends that resulted in these changes—mainly because more electricity has been generated from natural gas than from other fossil fuels—have helped to lower the U.S. emissions level since 2005 because natural gas is a less carbon-intensive fuel than either coal or petroleum.” 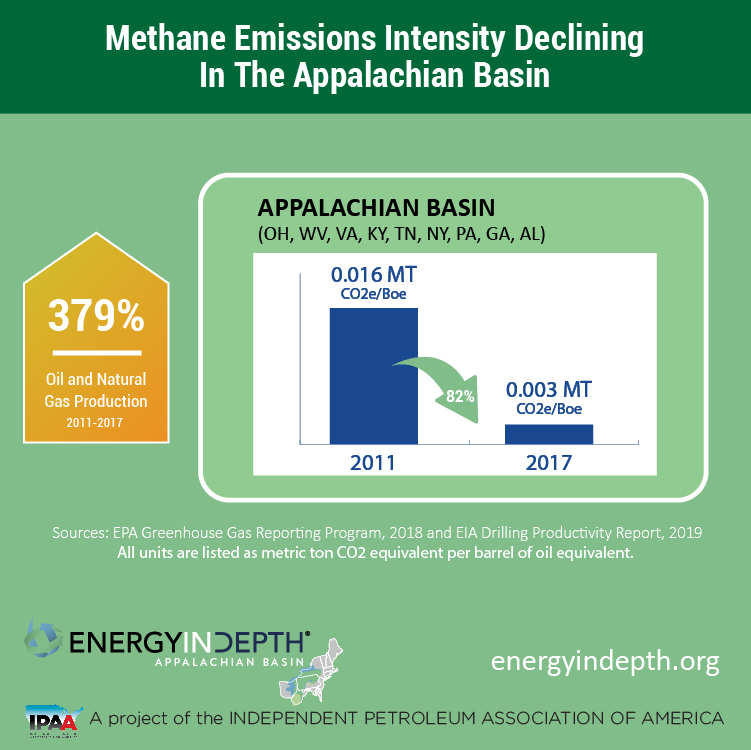 Additionally, Energy In Depth recently wrote that “From 2011 to 2017, combined oil and natural gas annual average production grew from 322 million Boe to 1.5 billion Boe. At the same time, methane emissions from production in the basin fell from 5.3 MMT to 4.7 MMT, resulting in an emissions intensity reduction of 82 percent.” 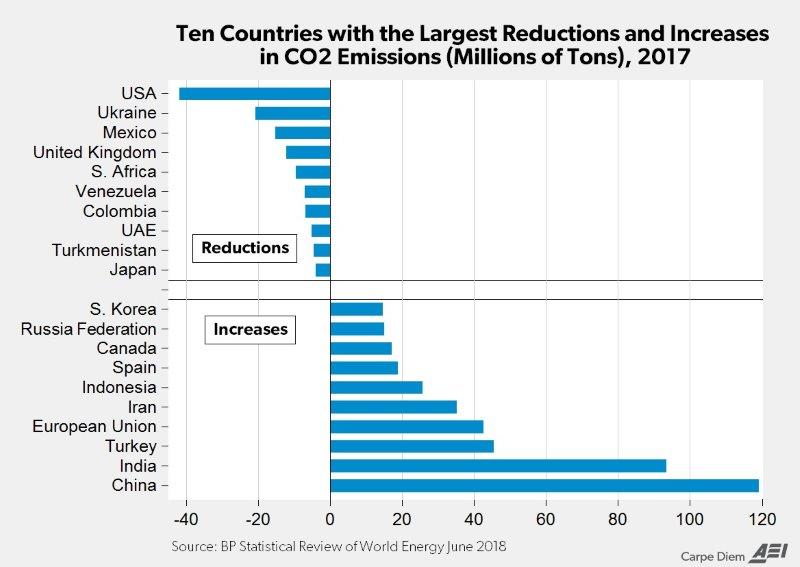 This remarkable progress is due to the increased use of abundant domestic natural gas in the United States. We have the benefits of this natural gas abundance because of innovation and the industry’s use of advanced technologies to harness U.S. shale reserves.

Unlike other fossil fuels, natural gas does not release ash residue or sulfur oxides, and only produces small amounts of nitrogen oxides and carbon dioxide. This makes natural gas an effective and safe alternative for industrial use, residential use, and electricity generation.

According to the International Gas Union (IGU), natural gas produces half of the greenhouse gas emissions of coal and nearly one third less than oil when generating electricity.

This chart shows reductions in U.S. CO2 from electricity generation: 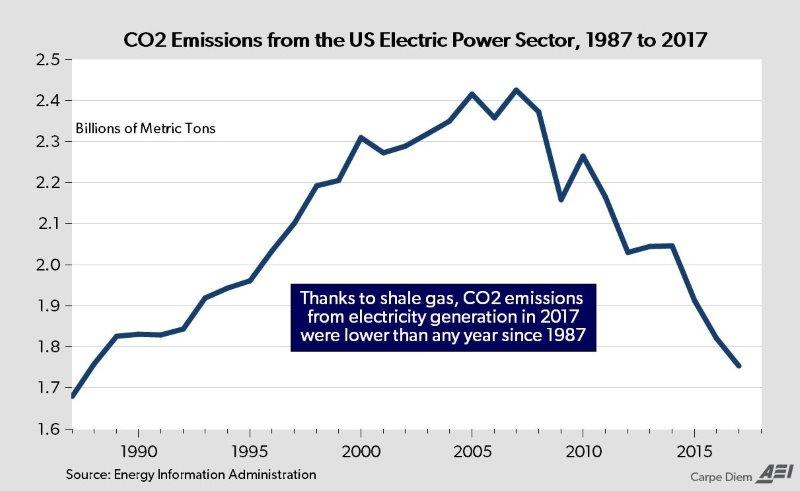 Learn more about Cabot’s dedication to lowering emissions on our website.