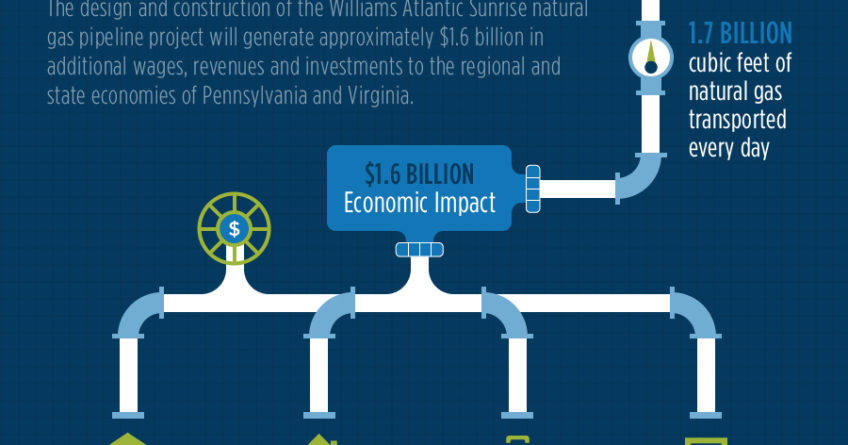 Yesterday Williams announced that a recent study conducted by Penn State concluded that the Atlantic Sunrise Pipeline Project will have a significant, positive economic impact in both Pennsylvania and Virginia.

You can read the full release here on the Atlantic Sunrise economic impact, but for now here are some of the study’s key findings.

Key findings from the analysis include:

All thanks to the abundant Marcellus Shale production in northeastern Pennsylvania.