Pennsylvania Landowners Have Received More Than $1 Billion In Royalties, Nearly $500 Million In Bonuses From Cabot

MONTROSE, Pa. (June 6, 2017) – During an update to the community and elected officials, Cabot Oil & Gas Corporation announced several major milestones from its past decade of operations in the region. This ten-year look-back included the announcement that to date, more than $1 billion has been paid in royalties to landowners in Susquehanna and Wyoming Counties and nearly $500,000,000 has been paid out in signing bonuses since Cabot commenced operations in 2006.
“Cabot is pleased to announce that we have paid our landowners over a billion dollars in royalties,” said George Stark, Director of External Affairs for Cabot. “We have seen firsthand how these dollars have improved the community overall. We look forward to our continued partnership with our community leaders. Let’s hope we can do this again, but in less than 10 years.”

Several regional legislators applauded the announcement.
“A billion dollars flowing into our rural economy is an extremely big deal,” said Representative Jonathan Fritz (R-111). “Being pro-jobs and pro-business, I extend my appreciation to Cabot Oil & Gas. The energy industry has been a blessing to our area and I look forward to Cabot’s continued success and the widespread economic benefit that comes along with it.”

“Royalties from natural gas development have provided additional income during tough economic times,” said Senator Gene Yaw (R-23). “Whether it’s expanding a farming operation, supporting area businesses or simply putting money away for a child’s college fund, royalties have greatly benefited rural Pennsylvanians. Further, no other industry has had such a dynamic impact on rural Pennsylvania. I am pleased to hear that Cabot is making good on their commitment to royalty owners in Pennsylvania with over $1 billion in payments and hope that with improved market conditions and added infrastructure development these monies will increase for leaseholders across the state.”

Senator Lisa Baker (R-20) explained the importance of these dollars to the region as a whole. “The substantial amount of royalties paid to property owners continues to provide a significant economic boost for the region. Many of these dollars make their way to community institutions such as our hospitals, libraries, churches, and the United Way,
which raises the quality of life and benefits all residents.”

“The Northern Tier has benefited greatly from natural gas development and the Marcellus Shale, thanks to royalties from Cabot drilling to Susquehanna County farmers, families, seniors and organizations,” Representative Tina Pickett (R-110) said. “Those royalties have allowed families to keep their farms, send their children to college, or pay off their mortgages, and helped organizations and businesses expand their operations. This is the type of economic development that is valuable in our communities.”
Representative Michael Peifer (R-139) discussed the impact of these dollars to the community in addition to the other benefits the industry has brought to the region. “This marks a substantial investment in Susquehanna County. The royalties have provided local property owners and family farms with the ability to save their homesteads and prosper in place. The impact of these funds has been seen throughout Northeast Pennsylvania as is evidenced by ancillary job growth and economic benefits to all. Further, the positive financial impact of Act 13 on our state’s counties, local governments and municipalities cannot be overstated. This resource has transformed the worldwide energy market and has provided both the Commonwealth and our nation with energy independence.” 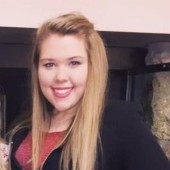 Jessica was born and raised in Pittsburgh, Pennsylvania and is currently pursuing a degree in Communications with a focus in public relations at Penn State University. She is also studying English and digital media trends. Jessica is the External Affairs Intern for Cabot Oil and Gas during Summer 2017 where her duties include writing blog posts, managing social media, and event planning.