Skip to content
Cabot’s top priority is safety on our sites: the safety of our employees, our contractors, our landowners and the environment. We are held to the highest standards by various agencies including the Pennsylvania Department of Environmental Protection (PADEP) and the Occupational Safety and Health Administration (OSHA) as well as our industry peers as part of the Marcellus Shale Coalition.

After numerous attempts to inform this individual her actions were concerning, it became necessary to seek an injunction to prevent any harm from befalling her or others. This injunction, filed months previously, aimed to prevent access to Cabot’s active work areas.

Recently, the individual in question and her attorneys tried to have the injunction thrown out claiming it violated constitutional rights and prevented moving freely throughout the county. The court not only sustained the injunction, it also amended it to include a series of buffers around Cabot locations and access roads to further protect employees and contractors.

On Thursday, March 27, Judge Seamans issued an amended injunction in response to Cabot’s application months earlier geared toward limiting access to Cabot’s active work areas. Under the revised ruling, the individual who has repeatedly trespassed upon Cabot’s sites is:

1) Prohibited from entering property owned by Cabot or GDS

3) Prohibited at all times from entering upon any access roads

4) Prohibited from 100 feet of the entrance to an access road. No prohibition on driving on public roads; only prohibits stopping or remaining present within 100 feet and from obstructing traffic entering or exiting the access road

5) Prohibited from coming into physical contact with any Cabot or GDS equipment, vehicles, or structures in Susquehanna County

Cabot is satisfied by the court’s decision to maintain an injunction against Ms. Scroggins.  The court looked at the facts and concluded that Ms. Scroggins’ wrongful conduct “is manifest – well documented” in that she had trespassed and was placing herself and others in harm’s way. Cabot has maintained a safety-first policy and will ensure it abides by the Judge’s ruling which prohibits Ms. Scroggins from trespassing on our active worksites.

How did we get here?

The original injunction against Ms. Scroggins was filed in October 2013 with the aim of keeping her from trespassing on active operation sites. The documents were worded legally – “including but not limited to” – in an effort to prevent her from entering sites such as well pads and access roads as well as other operational areas.

Besides the safety of Ms. Scroggins and those she has brought onto locations, the injunction Cabot sought also operated to help protect landowner liability. Ms. Scroggins’ presence on land that is not her own, and her continued touring of others on land that is not her own increases the potential  liability of our landowners, many of whom are not aware of this issue. As Judge Seamans noted in his recent modification of the injunction, landowners who have entered into leases with Cabot benefit from the injunction “in not having their possible liability increased by Defendant Scroggins’ unconsented to intrusion upon their lands.”  This is especially true given that “Defendant Scroggins claims to be indigent.  Hence, there could be no reasonable expectation of her adequately compensating Cabot, GDS, and/or workers or their families for harm for which she may have been a legal cause.”

In order to clarify the injunction, Cabot submitted to Ms. Scroggins’ lawyer a suggested modified injunction in January that would have:

3) Prohibited Ms. Scroggins from entering within 150 feet of a pad with wells in production (not restricted from entire property after active operations completed)

4) Prohibited Ms. Scroggins at all times from entering upon any access roads

5). Prohibited Ms. Scroggins from 150 feet of the entrance to an access road. No prohibition on Ms. Scroggins driving on public roads; only prohibited stopping within 150 feet

The requested changes and the final court ruling are very similar to one another and demonstrate good first steps in maintaining secure sites and protecting our employees, contractors and landowners.

We’ve talked about this before, but our goal is not to completely restrict access to our operations. Those interested in getting a first-hand look can take a tour with Cabot personnel and hear from the professionals who work there.

And as always, we encourage feedback here on Well Said, via social media and via the Ask Cabot function. 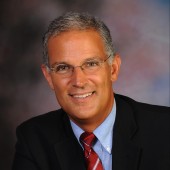