The truth is, the entire article only began to scratch the surface of everything going on in Williamsport, Pennsylvania. Here are some things Mr. Schwartz did not cover: 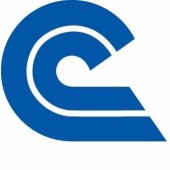