EMHS broke ground on the hospital, which replaces the outdated facility located in Montrose, in early 2012. Cabot donated $1 million and issued a $1 million community match pledge for the physicians clinic. The campaign, along with a $1 million grant from the Weinberg Foundation, led to a total of $4.4 million raised toward the construction of the physician’s clinic in four months.

The real heroes in this story are the members of the community, who showed overwhelming support for the campaign by raising over $1.2 million in just four months. From individual donations to corporate giving to town-wide fundraising events, the community shattered the original goal with its outpouring of support.

The state of the art facility has 24 beds, operating rooms with endless amounts of natural light, an updated lab, a separate emergency entrance, and most importantly better privacy for patients.This new hospital  reflects the professionalism and dedication it’s staff and partners in the community. This is a major step forward for improving health care to all of the neighbors in the Northern Tier.

We couldn’t be more proud to partner with Endless Mountains Health Systems to help bring the dream of a new hospital facility to life. We extend our thanks to all of those who have generously provided their support for this worthwhile cause.

Phase III of the facility is still in need of funding. Visit the Endless Mountains Health Systems website for information on how you can help.

Power to Save December 2013: Natural Gas and Business
Generations of Energy: Cabot partners up with Junior Achievement of NEPA 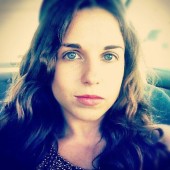 Kelly Grago was born and raised in the quaint town of Sewickley, Pennsylvania. She is a recent graduate of Robert Morris University where she earned a B.A. in Communications with a concentration in Public Relations. Kelly currently works as an Intern in External Affairs for Cabot Oil & Gas Corporation where her responsibilities include writing for Cabot’s social media, scheduling content and event planning.