When Governor Wolf outlined his new budget proposal including a severance tax on the energy industry, he was standing in an Elementary School classroom, claiming that all of the money from the proposed tax would go to education. Except the money isn’t going to education.

Recently, PA Representative Jim Christiana, who is publicly against the severance tax, received testimony from the Secretary of the Budget regarding Governor Wolf’s new budget with proposed tax increases and how it relates to education. This idea that education will be basically funded by the taxation of oil and gas companies is a false platform used by Wolf’s administration and the funds are really going to be funneled into bonds, pensions, and the state’s general fund, leaving education with little it has been promised.

Representative Christiana first begins by examining that Governor Wolf’s severance tax disregards the price of gas and also the production rate. Christiana also states that Governor Wolf “ignores the market realities” of the oil and gas industry and puts an arbitrary tax floor in place of $2.97, disregarding the price of gas completely. Towards end of the testimony, the Secretary says that most of the money from the severance tax would go towards education; Christiana ends with saying that the money is “not just being used for education”.  Money from the severance tax is unfortunately, not going towards education, but to the general fund in Harrisburg.

“This doesn’t actually dedicate any money to education at all. If I’m the school district looking at these three bills….where’s the money?”

What’s even more upsetting is the fact that Mr. Wolf ran for election as Governor using the platform that he will help fund education, and the actual education funding that is supposedly coming out of this Severance Tax isn’t even earmarked. In fact, Governor Wolf said he has not yet “worked out the formula” for how much of the taxed money would be distributed among local governments and also spent on education.  If he’s not working out the specifics dealing with how much money goes where now, then when will he? 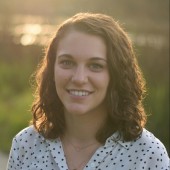